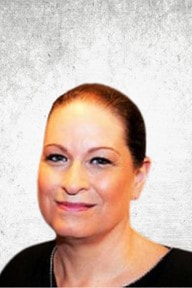 Dr. Janet Lowrie Nason
Senior Consultant
Dr. Janet Lowrie Nason has taught undergraduate and graduate courses on five continents for six universities, including the University of the Sciences, Columbia International University, Grace College, Carin University, Morling College, and Indiana Wesleyan University.   She was also a founder of the Greenville Christian School, in Texas.  Janet is an accomplished writer and popular conference speaker, having presented at over two hundred international conferences speaking on a broad range of topics.  During the last fifteen years Janet has lived in Manila, Hong Kong and Jakarta, and has mentored many leaders.

Dr. Nason is the visionary and founder of the Pacific Rim Roundtable for Educational Leaders, which gives equal voice to educators and facilitates collaborative projects.  She’s often been called a “Nokia women”, who loves to connect ideas, people, and projects.  She currently serves on the international accreditation committee of the Association of Universities for Asia and the Pacific where she assists universities within the region.  She is also a long- term, international consultant for two International Baccalaureate schools in Surabaya, Indonesia.